The Pantanal, with approximately 150,000 km2 of extension, hosts species of fauna and flora of the ecosystems that surround it and changes of scenery each season, but is always xuberant.
The summer (December to February) is hot, with average temperatures around 32ºC with peaks of up to 42ºC and cold and dry in winter, with averages around 21ºC. WATER season (December to March): With the summer rains, part of the Pantanal is submerged, the fauna and flora are reinvigorated and the Pantanal crosses one of its most exuberant seasons. It is the period in which becomes the largest floodplain of the planet, is when the Pantanal is truly the Pantanal.
Ebb Station (April to June): In April, the rains stop and the water level begins to drop, forming ponds and pools of water, where thousands of fish are trapped, serving as a feast for waterfowl. The temperature is milder and the nights more starry.
Dry station (July to November): The lack of rain shrinks the lagoons, revealing the plain and facilitating the transport by land. The fields begin to dry, offering vast areas for grazing, where mammals seek food and water in the remaining pools of water. At this time, several species of storks and herons nest by taking advantage of the abundance of food. From August, the trees bloom and intensify the drought that extends until November.

In addition to the incredible scenery and unique natural formats, what draws much attention in the wetland are the animals and the typical vegetation. All this biodiversity has been explored by ecotourism.
Maximum symbols of the Pantanal fauna, the jaguar, weighing up to 150 kg, can be seen in the Pantanal National Park, as well as the big blue macaw, an animal that was highlighted in the seventh art with the animation "Rio" . Both animals are in danger of extinction by the action of man. Exceptionally beautiful and exclusive to the Pantanal area, they are among the most sought after by tourists.
The flora that forms the habitat of the 650 species of birds, 1100 butterflies, 80 mammals, 263 fish and a multitude of reptiles also does not leave to be desired. It is casually defined as a mosaic of five distinct regions: Amazon Forest, Cerrado, Caatinga, Mata Atlântica and Chaco (Paraguayan, Argentine and Bolivian).
At higher altitudes, the arid and dry climate makes the landscape similar to that of the caatinga, presenting typical species such as mandacaru, aquatic plants, piúvas (of the ipé family with pink and yellow flowers), palm trees, orchids, fig trees and aroeiras. Already at lower altitudes are the fields destined to agriculture and livestock where grasses predominate 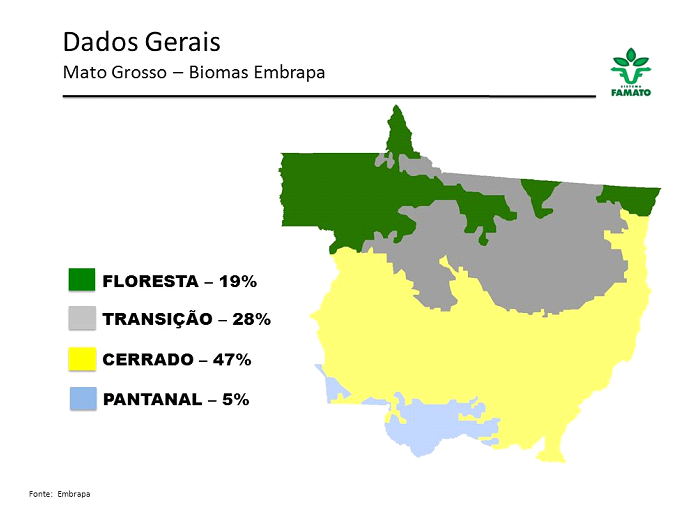 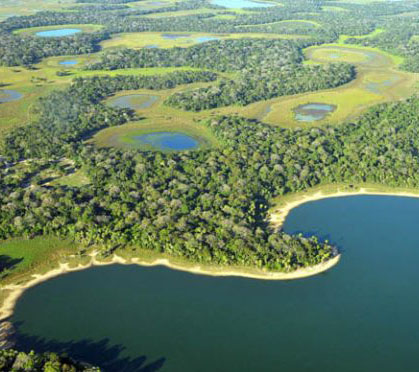